Fishing Simulator version one was designed and written way back in 1998 and was a follow on from 'Fishing' that I write for the ZX Spectrum and +2A starting in 1982. Back then it was only started to allow me and my brother to fish on rainy days without getting wet !

Fishing Simulator one ( FS1 ) was never written or intended for public release, it was only based on chance that someone suggested that it be put on the Internet as shareware. Amazingly there was immediate interest resulting in many users and addons being created for it. Interest in the game dropped when version two was released, however it still retains a magical feel and has lots to offer. 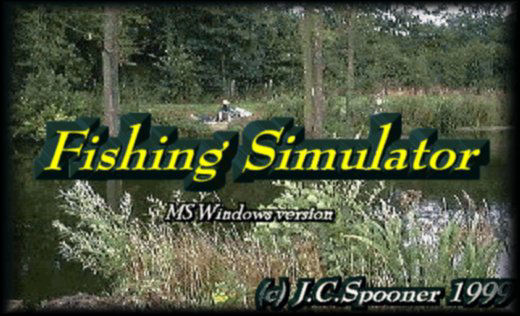 Although FS1 was originally written for MS DOS, there was an MS Windows version made which still appears to work on the latest Windows operating systems, for this reason FS1 has now been released as freeware for all to enjoy.